It’s no secret that most people favour Facebook over Twitter, particularly here in Australia. We have over 10 million people on Facebook, but only about 1.5million on Twitter. Given we are one of the most ‘social’ countries in the world, according to time spent on social networks, it seems a little strange that we haven’t quite had the same Twitter uptake over here as other countries (eg. US and UK) have seen. Perhaps we are just too busy spending all of our time on Facebook to bother with the micromedia site. Or maybe too many people down here just don’t understand Twitter at all. Whatever the reason, here are five instances where Twitter has it all over Facebook: 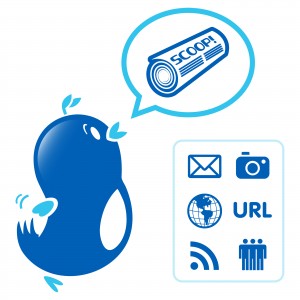 No matter what the topic, all news breaks on Twitter first. The pool of people openly sharing is much larger than your closed Facebook community. The feed is also a much faster pace, so things get picked up, retweeted and retweeted some more probably before ten people have managed to type out an update on their Facebook Page. If you want to be in the know before everyone else, and to know more, forget news sites, the 6pm news, newspapers or your Facebook friends. Twitter is where it’s at.

Facebook is great for connecting with people you already know – whether it be friends, families, colleagues etc. But Twitter is awesome for networking with people who you didn’t know before but who share similar interests to you – whether it be the fact they also love The Kardashians, or Packed to the Rafters, or they are interested in social media, cars, buttons, koalas etc. It’s easier to meet new people who you find interesting or funny or who you can relate to. And since more is shared on Twitter (eg. You can easily tweet ten times a day from Twitter with no reaction, but do that on Facebook and you’ll suffer a backlash from friends) you get to know them better and develop a closer relationship. Even if you don’t ever meet these people in person, it’s a great way to create a new social network of people, rather than just digitally socialising with the same network of people you already knew. This is particularly true for Australia, where the number of people on Twitter is much smaller, so they are also much more connected. It’s a great community feeling on there – if you’re an Australian and active on Twitter, soon enough just about any other active Twitter Australian will know your name (or, at least, your Twitter handle). 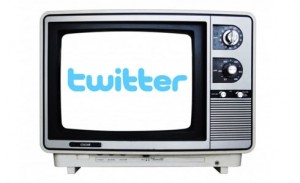 Commenting and in many cases interacting with TV shows is a huge thing on Twitter. Sometimes the feed relating to a particular show is more entertaining than the show itself (enter: #qanda). Other times you don’t actually need to be watching a show – you can just watch the twitter stream and know exactly what is happening. Though it can definitely get quite distracting, it can be seriously entertaining to see what people are saying about their favourite (or sometimes not so favourite) TV shows and the characters within them. It adds a social dimension to a typically anti-social activity, and it can make even the most boring show a lot more fun. Just about every TV show out there has its own hashtag, so you just need to establish what that is (a simple Twitter search will most likely reveal the answer) and follow it so you are fed a steady stream of comments relating to the show. 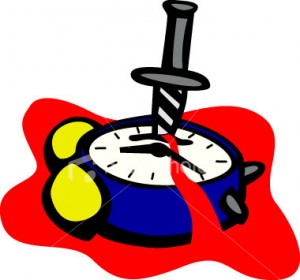 Granted, Facebook is a famed time-killer. But the problem is, at least for someone like me who has only a couple of hundred friends, there’s only so much time you can spend on there before everything is old news. You might have a couple of new posts each hour, but it’s not going to cut it if you’re waiting at the Doctors for over an hour or just trying to avoid doing work in general (note: this does not apply to me as my work is social media). Twitter, on the other hand, provides endless entertainment. You can’t keep up with your feed on here – whether you log back in after ten minutes or an hour, you’ll have a stack of new content to peruse, share, comment on or just enjoy. You can find out what is happening on the other side of the world, or on the latest episode of The Simpsons. The possibilities are endless.

Not everyone wants anonymity, but for those people who want to exert their opinions without getting any backlash or getting fired, Twitter is great for staying anonymous. That is, of course, if you choose to create a Twitter handle that isn’t your name. Facebook doesn’t allow this, and even if you contravene their rules and create a fake profile, you’ll find it harder to find relevant people who care what you have to say. LinkedIn is even less likely to allow this as what is the point in being anonymous on a professional network? On Twitter you can be completely anonymous, tweet about everything and everyone you want and granted you don’t tell anyone (and don’t do anything illegal) nobody ever has to know who you are. In a world where people are getting sacked or ruining relationships from social media faux pas, a bit of anonymity might be just what the doctor ordered.

So, Australians (and anyone else in other countries who don’t have Twitter) – has this helped at all to convince you to join the micromedia world of Twitter? If not, read my past article (which admittedly has some similarities…) about why you need to be on twitter.