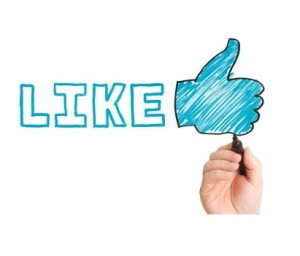 Still sitting on the fence in terms of whether social media is important for your business? It is. In this article Jamie Franks (yes, it’s another guest post) outlines why you need to be in the social media game and how it’s not going anywhere anytime soon. Enjoy!

I hate to be the one to state the obvious, but Social Media is kind of a big deal. Popularity of movies, TV shows, books and even, perhaps especially, businesses live and die by their acceptance on sites like Facebook or Twitter. Before the internet became “mainstream,” advertising agencies had to capture the attention of the masses via TV and radio commercials and billboards, now there is an almost endless playground of digital space with which they, and you, can gleefully convince users to part with their hard earned cash. Doing things like posting reasonably consistent status updates for a business, or even encouraging customer reviews on social media sites can do a lot to increase traffic and revenue

This seems like a natural evolution, after all, the internet has become one of the staples of our culture, and at the center of internet culture is social media. It’s no secret that these places are massively popular, the 80% of  internet users visiting social networks or blogs spend, on average, nearly a quarter of their time on the internet there. According to this article, every minute of the day, 100,000 tweets are sent, 684,478 pieces of content are shared on Facebook, and 3,600 photos are downloaded on Instagram. That is a massive amount of media sharing being done in only 60 seconds. Multiply that by 60 for an hour, and then that by 24 for an entire day. It’s no wonder these places get targeted as prime real estate for advertising or for the hopeful up and coming artist to try to gain popularity.

Why, though? Why do people spend so much of their time updating their statuses or checking their feeds? Are we really that curious, as a society, about what our friends are eating for dinner? Or what grocery store they’re in right at this moment? It could just be that we’re all that nosy, but I think the reason has everything to do with wireless internet and mobile technology. The first iPhone was launched in June of 2007, opening the doors for the smartphones we all have glued to our hands today. With its clever web browser opening up to the actual internet and not the stunted 2G mobile browsers that had been available up until that time, people suddenly had the ability to surf and browse anywhere they wanted.

That being said, since 2007, social media usage has gone up roughly 230%.  Coincidence? I think not. Naturally, the iPhone’s iOS and Android successors opened up an entire world of mobility for consumers to play with. One question permeated everyone’s mind now that they didn’t have to wait until they were home or in a Starbucks to get connected, “What do we do now?” We invent Twitter and Tumblr, of course! We make easy to use apps for Facebook, for instant messengers, for anything that streams updates and pictures to and from your friends and family. We are suddenly more connected than we ever have been before; we meet people on the internet that we will never ever encounter in person. We check our phones 300 times a day, open up Facebook to see if anyone has posted anything interesting in the last five minutes. We post quips on Twitter about the dog we saw on the way to work. We write a quick blog entry before the movie starts.

The point is the advent of wireless and mobile technology has been massively important in the frequency with which we connect to other people. This is how we get all of our information nowadays, our news, our advertisements, product reviews, you name it. You, as a person who wants to be noticed, or who wants to sell something, need to tune into places like Twitter or Tumblr or Instagram. These have not only made the world a smaller, more intimate place, but, if you know where to look, it has made it easy for owners of small businesses to be successful and spread awareness of their product to the ever-growing web of human interaction.

James Franks is a writer by passion and writes for BroadbandExpert.com, a website that compares internet providers. He is happiest when writing and loves literature, games and technology.

Hi there, my name is Cara Pring, welcome to The Social Skinny, a website dedicated to social media and website optimization strategy. If you want simple, jargon-free tips and updates, you’ve come to the right place! Outside the geeky expert stuff I’m a crazy cat lady from Sydney – and no, that is not me in the header (everyone asks). You can find out more about me in the About page or you can connect with me on Twitter, FB, LinkedIn & G+. Thanks for stopping by 🙂 Follow @carapring