In the lead up to the launch of Facebook Places there seemed to be a general hysteria around the death of Foursquare.  It was pretty much like the movie Armageddon, where Earth was Foursquare and Facebook Places was the giant asteroid heading into our orbit… but minus the lame soundtrack, shitty scripting and vomit-worthy ending.  [side note: best analogy ever.]

Meanwhile, like a true social media guru (but mainly as a super-mayor who didn’t want to believe all the hard work in fighting to be mayor of Circular Quay Station and the AMP Centre was for nothing) I ignored the giant asteroid and continued to prolifically check-in to all my usual haunts.  I had faith that Bruce Willis would intervene. He always does.

However I’m sorry to say that, at least in my world, Brucey boy failed at his task. The asteroid has well and truly obliterated Earth (aka Foursquare for those who can’t keep up with my brilliant analogies).  I no longer check-in to places using Foursquare, I no longer see any of my friends checking in using Foursquare… I never even open the app on my phone.  I almost don’t care at all with every email notification informing me that I’ve lost another mayorship.

Even sadder – despite the fact I haven’t been using the app for a good month, I haven’t even lost more than a couple of my mayorships.  I think Sydney (which is just code for Australia, because we are pretty much the only city that counts) has embraced the asteroid.

As a result I’ve been interested to read a number of articles recently that have testified otherwise – believers that Earth (Foursquare) shall yet survive. Reputable social media site Smedio recently touted Foursquare as the new Twitter (read said article: http://smedio.com/2010/12/30/is-foursquare-the-next-twitter-in-the-making/) and the ever-popular Mashable named it as a top ten website to watch for 2011 (proof: http://mashable.com/2011/01/03/websites-to-watch-in-2011/).

However, certainly judging from my Facebook feed, people are using Facebook Places much more prolifically than they ever really embraced Foursquare. And I’m a guilty party – seven out of ten of my last status updates were check-ins. In the world of Cara Pring, Places has ousted Foursquare as the Mayor of Checking Inn (side note: god I am clever).

Admittedly retailers can still get a lot from Foursquare by creating special deals for their venues in order to encourage customers to check-in and spread the word.  The problem is Facebook Places is going to ruin this little gem for them too with Facebook Deals – due for release in Australia early this year.

Not only will Facebook Deals potentially have a much greater reach – typically people have more friends on Facebook than on Foursquare (though admittedly people can share their Foursquare locations through Twitter and Facebook), but the real killer will be the fact these deals require customers to ‘like’ their Facebook page AS WELL AS check-in to receive the deal.  So not only are they getting the word of mouth promotion but they are also formulating a money-can’t-buy database of eager consumers to which they can feed branded messages to for free, forever!

McDonalds has trialled the use of Facebook Places for marketing last year with outstanding results – averaging 2 million check-ins per day. Gap have also used the tool, also with remarkable results. 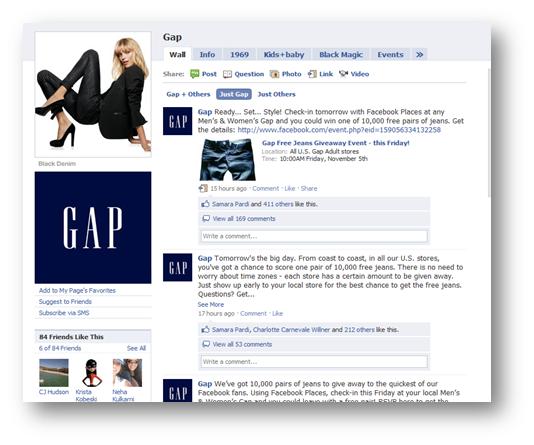 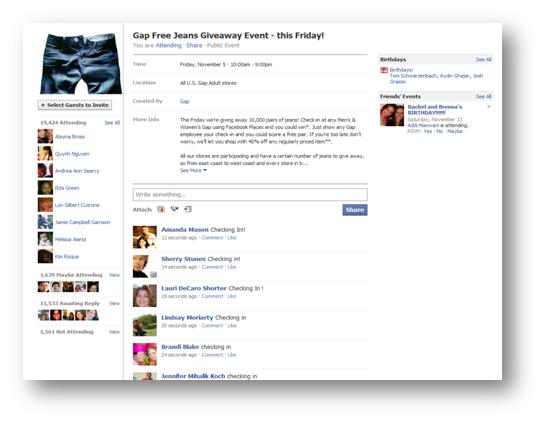 For mine, I find it hard to imagine the same outcome through Foursquare – just not enough people use it for the same calibre of results.  Oh and Facebook Deals is free to use as well.

One more nail in the coffin of Foursquare is the lack of customer service – I have been trying to take control of a number of venues for a company I work for for months – to no avail.  In particular it’s hard being based in Australia as the quickest way to be verified is through providing a phone number for them to call – obviously they aren’t factoring in the massive time difference between America and our little land down under.

Facebook Deals will not have the same flaws. You can count on that.

So what of these articles touting Foursquare as the next big thing? I wonder if it is a locational issue (pun intended) – perhaps Foursquare is just a lot bigger in the US. Meanwhile, us Aussies are the most prolific users of Facebook (spending over 7 hours per month on the site) so perhaps it’s natural that we would jump at the chance to use this platform for all our social networking needs.

Sorry Bruce, no hero status in Australia for you.