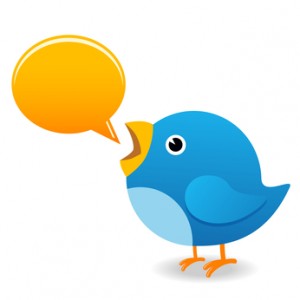 Who would have thought that 140 characters could boost your bottom line? By now it’s clear: Twitter isn’t just a fad in the business world. In 2012, UMass-Dartmouth reported that 73 percent of Fortune 500 hundred companies had active Twitter accounts, and the number has continued to rise. With so many businesses using Twitter to connect to consumers, diverse strategies have emerged. Some businesses focus on customer complaints. Others see a tweet as an advertising tool. Young businesses often connect with users without ever mentioning their products or services. All three strategies have earned business in one way or another.

A survey of businesses on Twitter reveals a clear conclusion: few are using this social media platform to its fullest potential. Add recruiting to your list of Twitter strategies to find forward-thinking professionals who are social media savvy.

The search for professional talent has gone social. Jobvite’s 2012 Social Recruiting Survey revealed that 54 percent of respondents use or plan to use Twitter as a recruiting tool. The benefits stack quickly. Twitter profiles are concise and easy to navigate. You may not get a robust picture of a potential candidate, but you’ll be able to wean out unqualified candidates. For example, if a content marketing agency is filling out its marketing team, it probably wouldn’t chase after a candidate whose tweets often contain grammatical errors.

Some Twitter profiles also reveal telling personal details that may encourage or discourage recruiters. With this information in hand, Twitter enables recruiters to contact these prospects on the spot. If you’re pursuing an active Twitter user, you know your message will be seen within 24 hours (and usually sooner). Progressive professionals are impressed when businesses show their ability to adapt in the changing technological landscape. Twitter is a good start.

Recruiters looking to find the next industry influencers and innovators can start by building a healthy base of followers. Social media doesn’t follow the rules of traditional marketing. Rather, it’s based on providing value and building relationships. This usually means providing links, replying to tweets and chiming in on conversations that don’t directly affect your business. There’s a time and a place for conventional advertising on Twitter, but most of your time should be spent fostering these relationships. For example digital marketing agency iAcquire’s twitter feed  is filled with tech news, unique search-related content and other conversation starters. It invites users to chime in and offer their two cents.

When it’s time to recruit, look for followers who have demonstrated initiative in your discussions on Twitter. They’ll be more likely to reciprocate interest.

Lazy recruiters can fill positions by tweeting job links and collecting resumes, but that limits Twitter’s mighty recruiting potential. Instead of only posting links, consider Twitter conversations as a first round of interviews. Get a sense for who a prospect is before you invite her in for a meeting. You’ll save time and find a bitter fit for your company. Recruiters should also abide by typical Twitter protocol: don’t tweet too often or too little.

Julio Dominguez: Julio has more than 10 years of experience in digital media marketing, and he hopes to open his own company soon. In the meantime, he writes about content marketing whenever he can.

11 simple things you can do to get more Twitter followers