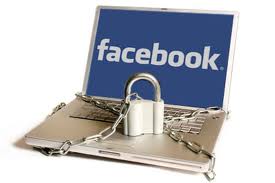 Last week saw yet another story about privacy concerns relating to the world’s largest social network, Facebook. Apparently this latest uproar concerns the fact Facebook does not delete any of our data or content, even if we delete it ourselves. This was established due to an Austrian law student requesting a back log of all his Facebook data. Facebook complied, sending him a CD with over 1,000 pages of data, which included his likes, friend and de-friend history and chat logs. The problem was some of the data included had been previously deleted by the student. The inference was that once anyone puts anything on their Facebook account, it is forever retrievable by Facebook – and any other entity that is given access to the information.

This came only a few short weeks after the last Facebook privacy outcry, where it was discovered – this time by an Australian – that the network was tracking your online activity (ie. the sites you visited) even if you were no longer logged into Facebook.  Most people who are not entirely digital-savvy would not realise that sites can (and frequently do) track this data in any case, but the fact Facebook continued to do so even after someone had logged out of their account invoked yet another privacy backlash for the network.

Ever since Facebook has become the juggernaut it is today there have been continual warnings about the amount of information we are uploading to the site, the embarrassment this can cause, the damage to personal reputations, workplace relationships and even future career prospects. There have been repeated reports of identity theft, where the perpetrator has gotten the majority of their information from a Facebook profile – not to mention job losses and ruined relationships.

The simple truth is that at the end of the day, most of us are uploading our entire lives onto Facebook, one click at a time. When you really stop to think about what this means, it can be quite scary. Anyone with access to your data would most likely know who your friends, associates, colleagues and family are, where you work, where you live, the places you frequent, the places you go on holidays to, the tv shows you watch, the sports you play, the brands you use, the past relationships you’ve had, the sort of things you read, that you’re interested in, the groups you’re apart of – even if you’re engaging in drug dealing or having an affair. And that’s just the start.

Soon this data dump will become even more all-encompassing, with the introduction of the Timeline profile format. This not only allows, but encourages, users to add in major events and stories relating to past times in their life – starting from the moment they were born. It also makes it much easier for others to skip to any year or decade in their life to see exactly what was happening at that point- including what places they visited and who became their ‘Facebook friends’. At least in the past Facebook (and anyone else with access to your profile or its data) could only track your life as far back as when you signed up to the network, but with this new change they will soon know your whole life history at the few clicks of a button.

Another up and coming feature of Facebook – the open graph – is causing further privacy concerns as it will allow certain apps (that the user has connected with) to publish data about what they are reading, listening to or watching in real-time. You can just imagine the embarrassment this will end up causing.

It is alarming enough to think about the amount of information that barely-friends have about you by being your Facebook friend, but to think about the sheer volume of data that Facebook would have on you is something best left ignored. Which is what the vast majority of us seem to be opting for.

Despite the constant corporate security breaches and alarming government practices we hear about every day in the news, most of us carry on our extreme over-sharing with the blind belief that the information is going nowhere other than an anonymous Internet server somewhere in a far-away land. The truth is, we have no idea what that data is being used for, or who may get access to it in the future.

Perhaps the allure of social community and/or digital narcissism is too strong, or maybe we have a false belief in ‘safety in numbers’. Maybe we have a misguided trust that Facebook would have no reason to share or use our data without our permission. Or – more likely – maybe we just don’t want to think about it.

Yes we should be concerned about our privacy with any social network we use. In fact, most of us already are. The problem is that living in a cocoon of false security is favourable to the alternative – scaling back our sharing, connecting and showing off in the digital social haven of Facebook.

Are these latest scares changing the way you use Facebook, or is it business as usual for your sharing habits?