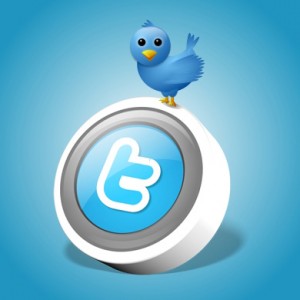 It’s not rocket science to see that Twitter does not have the same penetration that Facebook does. Nor does it take your average Zuckerberg  to see why – yes Twitter can be intensely annoying. Shortening everything to 140 tweets can border on impossible, not to mention the strategic art of deleting the least crucial characters from any post you want to retweet.  Then there is the fact that once you get a following of anything more than 30 you can never  keep up with what everyone is saying (particularly if this includes a couple of tweet addicts – those people that post about every inane occurrence in their uneventful day).  This is all made worse by the stress of figuring out what posts are appropriate for a channel that is completely public – that post about the weird rash that appeared after you got hammered and woke up naked in a park is probably not going to impress your current boss, future employer or girlfriend/boyfriend’s tech-savvy dad.

So yes, I can see why some people dismiss the platform. But rather than using it to post about when you are going to bed , or what type of tuna is on your sandwich today, there are actually a few really handy uses:

It’s one of the biggest secrets of businesses around the globe, but the simple fact is that complaining through social media will quite often get you a quicker and better response than traditional channels.  We all hate the tedium of calling our telecommunications provider or bank, being transferred at least 17 times and spending half an hour listening to maddening hold music only to reach a ‘Customer Relations Manager’ who clearly hates life, and you even more for interrupting their solitaire game.

Twitter is awesome for complaining if the company you want to complain about (or to) is active in the channel. This is because 1. Companies are hysterically fearful of social media and believe, due to its ‘public’ nature, that every bad comment will cost them thousands (and maybe millions) of customers. This is usually even despite the fact you may only be being followed by your mum and some girls offering questionable services with little to no clothes. 2. Interacting in social media is ‘cool’, and as a result, it’s an easy way to make them look hip, edgy and innovative. 3. Resolving issues via this medium is actually more efficient and can cut customer servicing costs and 4. It’s a great PR tool – it makes them look good to customers and may even get them a story in the paper for being so ‘customer-service-centric’.  If I cut out my cynicism a little, you could also say that they know it’s easier for their customers and as a result it improves your impression of the brand – and may potentially create brand evangelists.

Anyway, the point is that if you send out a 140 character tweet (taking a total of maybe 10 seconds) complaining about a product or service from a well-known company, you will most likely be surprised to find that you attract a response within hours (or sometimes even minutes) from an up-beat helpful customer service agent who is itching to resolve your problem and turn your frown upside down.

One of the major premises behind twitter is the timeliness of it – tweets are meant to be the very latest in news.  And when I say timeliness, I mean sometimes down to minutes – if you tweet about a major event/announcement/news item even half an hour or an hour after it has happened, you might cop some flak for being out of date.  It’s kinda like Inception, where Twitter is the third level down  – every minute in Earth time is actually something like 8,289,829 years in dream-world. Or something. [note: accuracy in preceding Inception reference is not guaranteed]

Anyway, if you want to know what is happening RIGHT NOW, Twitter is the place to be.  It’s not only great for general news items (often you hear about it first on Twitter before someone has written and posted an article on a news site), but also about product and company updates, any sort of announcements (for example Cityrail tweets when trains are delayed),  exclusive specials and even celebrity sightings.  If you have a particular event or topic you want to keep informed about (eg. a major disaster or an election), Twitter makes this easy by the ability to follow hashtags – that means you will be fed every tweet that references the particular hashtag, whether you are following the tweeter or not. Handy.

3. Get free stuff and other perks

Kinda similar to the complaining point above, is the perks that you can sometimes get just by talking about brands on Twitter (or in some cases you don’t even need to mention a brand – see Interflora example below).  Because social media is still so new, exciting and ‘innovative’, companies are jumping on the bandwagon in droves, and then because there are droves of them, some of these guys want to try and stand out even more.  They do this by executing ‘Random Acts of Kindness’ (aka RAK) through social media in a desperate attempt to get some good PR and kudos for being exciting, innovative and customer-focused.

It’s actually pretty cool, even if it is probably not for entirely the right reasons.  A recent post by trendwatching.com outlined a couple of good examples of RAK:

Admittedly this one has a lot smaller likelihood of happening, but when it does, it’s pretty freaking awesome.

One of the greatest things about social media, and the web in general, is the reduced requirement for legitimate ‘credentials’, ‘experience’ and ‘qualifications’ to talk about what you know stuff about.  Once upon a time you could only get a job, or become a ‘thought leader’ in a certain field if you could prove you had put in the hard yards supposedly learning about it from tutors at school/uni/college or mentors in the workplace. Or if you lied about it and hoped no one would bother checking. Which probably they didn’t, because employers are nothing if not extremely lazy… In the history of my work life I have had not one employer (and there have been many – I am Gen Y) that has actually checked that I have REALLY completed my two degrees. In fact, I have grown to wish I never bothered actually completing them… and have flirted with the idea of putting Advanced Super Masters in Universal Gravitational Rocket Science as my education for my next job, just to see what happens.

Meanwhile, Twitter (among other web tools at your disposal) allows you to prove your expertise in or passion for any topic you know lots about, but don’t necessarily have any piece of paper to legitimise it.  In this case, the oft-quoted Field of Dreams gem ‘if you build it, they will come’ rings true.  The simple fact is that if you set up a Twitter account and start tweeting about a subject, people who are interested in this same topic will follow you.  You will become known in that subject field.  And if you have any actual idea about what you are saying, and you are not just sprouting complete nonsense, you will probably turn into a thought leader, and maybe even take over the world.

Not only will you connect with people who share the same interest (see point below), but this can also be handy for you if you do want to work in the field – there is nothing better to prove that you are an expert about something than a few thousand 140 character posts about that subject and a few hundred contacts in the same industry.  Trust me.

5. Get to know people with similar interests (who may be able to help you in the future)

As highlighted above, Twitter is large enough to ensure you will get a following of people who are interested in the topic you are tweeting about.  The bonus is that it is still small enough to create a real, actual community.  You will get to know the other people who share your passion/expertise.  They will get to know you.  Another inexplicable but very positive thing about social media is that the bonds that are made on these channels can often be much stronger than those you may make in-person at a conference, course or event.  This community will look out for you – they will support you through the bad times, congratulate you on the good and go to war with you if the need arises. They will become your own little online family. It’s pretty cool.

So there you go. If you’re one of the people who have been resisting Twitter due to its apparent uselessness and time-intensiveness, you really should reconsider.  You don’t have to spend more than ten minutes a day to build your community and it may actually save you time – writing a 140 character rant is a LOT quicker than waiting on hold for ten years trying to get a customer service rep to care about your problem.  Not to mention the fact you may get some great freebies, a new job or even meet your future wife/husband.   Welcome to the social media revolution!